Is internal HDD of Xbox One X faster than external HDD?

With the advent of 4K UHD and HDR games, it is not uncommon nowadays that your Xbox One X stock HDD of 1 TB gets filled quickly with just a handful of games. And my case is no different, within one year of purchasing the console, I already ran out of hard disk space. So I did what any gamer would do in my situation; I ordered a 4TB external hard drive [Yay!]. Now that I planned to transfer some games from my internal HDD to the external HDD, curiosity plagued the researcher in me! Is the internal HDD faster at loading games than the external HDD? Or is it the other way around? Both schools of thoughts have their own reasoning. On one hand internal HDD is, well, internal. It uses SATA 3 connection supporting upto 600 MB/s of bandwidth. On the other hand, external HDD uses USB 3.0 connection supporting upto 625 MB/s of bandwidth. Both the hard drives have rotation speed of 5400 RPM, so it is still an apple to apple comparison.

Note that this idea of comparing the loading speeds of internal and external HDDs is not novel. There are already many videos and blogs on this topic - be it for computers or consoles. What’s new in this blog is to evaluate this in a [cough] scientific way - using hypothesis testing. Let’s get into a [somewhat] scientific evaluation!

Game loading time is measured (in mm:ss) as the time taken to launch the game - from clicking on the game till the point where the player gets the control of the playable character, as shown in this video. I recorded the loading time for 10 AAA title games, with the exception of Forza Motorsport 7, where I recorded till the point where the main menu appears. Launching a race involves lot of manual selection process, which could add more variability in recording time.

The game loading times are reported in the table below.

Disclaimer on the validity of results

The above results are for a single loading of each game, and the loading time might vary by a few seconds across multiple runs. Ideally, average loading time should be used for such experiments. However, it should be noted that if the same game is loaded multiple times, the consequent loading will be faster due to memory caching. To avoid caching, games should be loaded in an alternative fashion. Finally, it is important to put a disclaimer that the reported results are for my hardware, and these results might vary for others. So take it with a grain of salt! :P

Keeping the above disclaimer in mind, I conclude that my external HDD loads games faster than the stock HDD of my Xbox One X. This benefit might be attributed to the extra 25 MB/s bandwidth of USB 3.0 interface used by the external HDD. 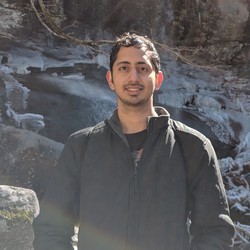